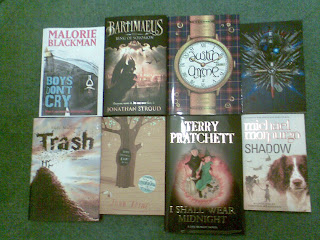 In My Mailbox idea from Kristi @ The Story Siren, and all links take you to The Book Depositary.
This has been a week of epic proportions. Some AMAZING books came through my postbox this week, so without further ado, this is what I got! 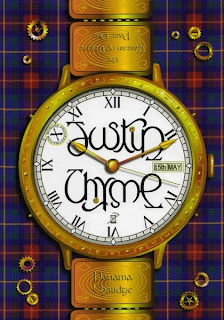 Justin Thyme by Panama Oxbridge.
"Justin Thyme is a self-made billionaire living in a castle overlooking Loch Ness. The day he turns thirteen, he receives an anonymous gift: a fabulous watch with a puzzling message hidden on it. When he tells his father of his plans to build a time machine, the Laird of Thyme reveals tantalising fragments of past espionage and warns his son of a ruthless enemy keeping him under constant surveillance. At first, Justin fails to take Sir Willoughby seriously, but when a stranger arrives claiming to be his long-lost grandfather, Justin is wary - especially after his beloved Nanny insists the old man is an impostor. Justin's TV celebrity mother departs on a Congo expedition with her eccentric film crew and Eliza, a computer-literate gorilla. Whilst returning, Lady Henny is abducted, and clues prove that the kidnapper has inside information; someone in Thyme Castle must be a spy - or possibly Sir Willoughby's old enemy in disguise. Everyone is under suspicion: Justin's nervy tutor; their snooping housekeeper; the theatrical gardener; an ex-royal butler; and Mrs Kof, their freakishly strong cook. Suddenly, the race against time is on. Can Justin convert his vintage motorbike into a time machine, rescue his mum and discover the identity of their resident spy in less than a week...or will the dreaded Thyme Curse claim another life?"
This sounds absolutely brilliant and the cover is fantastic! It still reads Justin Tyme whether it's the right way up, or upside down! An ambigram! Really looking forward to reading this! Thanks to Panama herself for this! And for signing it too! :D Can't wait to read it! 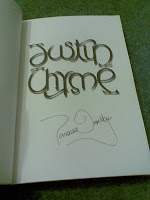 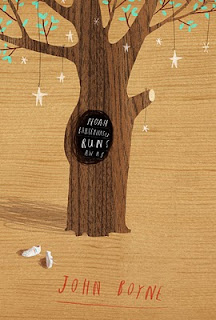 Noah Barleywater Runs Away by John Boyne.
Finished Copy
"In "Noah Barleywater Runs Away", bestselling author John Boyne explores the world of childhood and the adventures that we can all have there. Noah is running away from his problems, or at least that's what he thinks, the day he takes the untrodden path through the forest. When he comes across a very unusual toyshop and meets the even more unusual toymaker he's not sure what to expect. But the toymaker has a story to tell, a story full of adventure, and wonder and broken promises. And Noah travels with him on a journey that will change his life for ever. This is a thought-provoking fable for our modern world from the author of the bestselling and critically acclaimed "Boy in the Striped Pyjamas"."
I loved this book. I think it's absolutely fantastic. You can check out my review here. This is a finished copy sent to me by the amazing Rosi at Random House (got a proof from Waterstones)! Thank you! 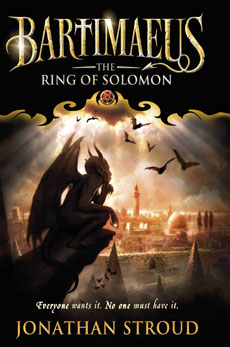 Bartimaeus: The Ring of Solomon by Jonathan Stroud.
"Fans of Jonathan Stroud's "Bartimaeus" books will devour this book - a cracking adventure brimming with magic, intrigue and a treasure trove of characters that the reader can't help but fall for. We find everyone's favourite irascibly insolent djinni serving at the court of King Solomon in 950 BC Jerusalem, where he is causing his customary chaos and must help a girl assassin sent by the Queen of Sheba to steal the all-powerful Ring of Solomon. The comic relief is perfectly timed, the dialogue sharp and snappy and the fiendishly clever plot perfectly handled with Jonathan's trademark flair and command of language. Thrills, chills and a danger-spiked finale - this is one of the publishing events of the year."
I haven't actually read anything by Stroud yet! Which quite honestly I can't believe. But I've been assured that this prequel to the Bartimaeus trilogy is a great place to start. Thanks to Rosi at Random House for this! 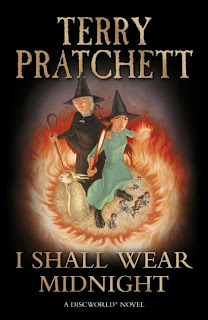 I Shall Wear Midnight by Terry Pratchett.
"A man with no eyes. No eyes at all. Two tunnels in his head ...It's not easy being a witch, and it's certainly not all whizzing about on broomsticks, but Tiffany Aching - teen witch - is doing her best. Until something evil wakes up, something that stirs up all the old stories about nasty old witches, so that just wearing a pointy hat suddenly seems a very bad idea. Worse still, this evil ghost from the past is hunting down one witch in particular. He's hunting for Tiffany. Andhe's found her...A fabulous Discworld title filled with witches and magic and told in the inimitable Terry Pratchett style, "I Shall Wear Midnight" is the fourth Discworld title to feature Tiffany and her tiny, fightin', boozin' pictsie friends, the Nac Mac Feegle (aka The Wee Free Men)."
I absolutely love Terry Pratchett so cannot wait to read this! And I love the cover. It's so glossy and cool! Thanks to Rosi at Random House for this! :D 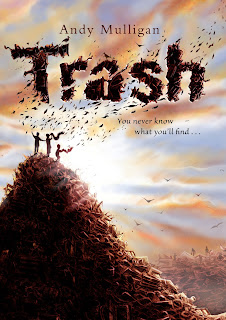 Trash by Andy Mulligan.
"Raphael is a dumpsite boy. He spends his days wading through mountains of steaming trash, sifting it, sorting it, breathing it, sleeping next to it. Then one unlucky-lucky day, Raphael's world turns upside down. A small leather bag falls into his hands. It's a bag of clues. It's a bag of hope. It's a bag that will change everything. Soon Raphael and his friends Gardo and Rat are running for their lives. Wanted by the police, it takes all their quick-thinking, fast-talking to stay ahead. As the net tightens, they uncover a dead man's mission to put right a terrible wrong. It's three street-boys against the world..."
I am currently reading this now and loving it. Ad I am not even going to mention the cover as I have done so enough already this weekend! Haha! Thanks again to Rosi for this! 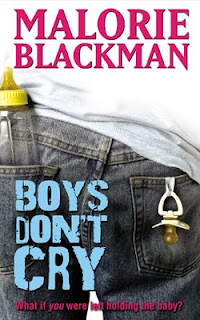 Boys Don't Cry by Malorie Blackman.
UK Proof/Advanced Reader's Copy
"This is the explosively page-turning new novel for teenagers from the author of the award-winning "Noughts and Crosses" sequence. You're about to receive your A-level results and then a future of university and journalism awaits. But the day they're due to arrive your old girlfriend Kendra turns up unexpectedly ...with a baby ...You assume Kendra's helping a friend, until she nips out to buy some essentials, leaving you literally holding the baby ...Malorie's dramatic new novel will keep you on the edge of your seat right to the final page."
Already read it and loved it. Incredible book. Review will be live either tomorrow or Tuesday! Again, thank you to Rosi for this piece of amazingness!

Shadow by Michael Morpurgo.
"A stunning and moving new novel from Michael Morpurgo, the nation's favourite storyteller -- featuring the bravest dog in all the world! This is the story of Aman, as told in his own words -- a boy from Afghanistan fleeing the horror of the Afghan war. When a western dog shows up outside the caves where Aman lives with his mother, Aman is initially repulsed -- it is not customary for people to keep dogs as pets in his part of the world. But when Aman and his mother finally decide to make a bid for freedom, the dog Aman has called Shadow will not leave their side. Soon it becomes clear: the destinies of boy and dog are linked, and always will be!"
I cannot wait to read this. Look at the amazing cover! Fantastic! Thanks to HarperCollins for this! 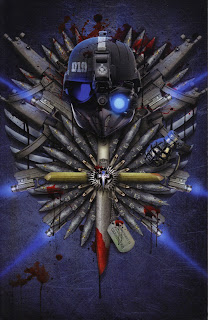 I cannot wait to read this at all. It looks and sounds outstandingly brilliant! As there is no jpeg of the cover yet (not that I could find anyway) I actually scanned my own copy! Haha! And it's signed! :D Woo. Thanks HarperCollins. Stand by for the review in the next week or so, hopefully! Also, there's no link for this on The Book Depositary, so it's Amazon UK instead! 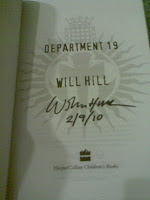 So there you go! Those are the lovelies I got this week. What did you get? Have a good week!